On This Article hide
1) Moving during holidays – long distance love story
2) Chapter 1 – Long distance love
3) Decisions
4) Best present ever
4.1) You decide how the story goes next!

Lovely people out there, let us tell you a heart-warming story, since ’tis the season to stay inside, enjoy countless cups of hot chocolate, and lazy around the house as much as possible. And, since we live in this age where we constantly strive for equal rights and for our voices to be heard, we will only offer you a chapter today, and then you will tell us how you want the story to continue.

Anyway, time to move, here we go. Here is our interactive story about moving during holidays – part 1.

There once was a young man named Jacob, who lived in Canada, in a quiet neighborhood of Toronto. Legend says one day, Jacob one day decides to take the big step and move in with his significant other, who lives near Montreal, in a lovely cabin somewhere in the middle of the woods. She has been trying to convince him to move in for a long time so that their relationship wouldn’t consist entirely of traveling from one place to another to meet for a couple of days every now and then, but rather sharing the same home and spending considerably more time together.

One day, around this time of the year, while driving back home from Montreal, after a weekend with his lover, Jacob finally decides to put an end to these tiring trips and move in with her. During the long drive back home, while looking at the freezing road, he takes time to consider everything that this move would imply in a short and long term. Moving during holidays? Is that even a good idea? What concerns him most is the distance. A local move would be easier to handle, of course, but then again, a long distance move should not be too much of a struggle, either. After all, it’s not like he is going to carry his belongings in his arms all the way from Toronto to Montreal. He decides to stick to the initial decision and move.

It is a beautiful winter evening, the Christmas lights are blinking from every house he passes by on the way home, the fog is so dense, he can almost feel the cold in it, and he is as happiest as ever. The decision has been made. He stops for a coffee at a gas station and texts her about his intentions. The minute after he puts his phone on the table and starts sipping on his espresso, the phone’s screen turns on and the preview screen reads: “This is the best Christmas present you could’ve ever offered me. Thank you for the good news! 🙂 See you at home soon! LY”

With a large smile on his face, he gets back in the car, finally arrives home, parks the car out front, rushes in the house to warm up a little, and pulls his phone out of his pocket immediately after taking off his coat and scarf. He needs to make a call right away.

Who does he call? The Canadian moving company he has moved with before, or Alex, his best friend, who owns a pickup truck and is always there for him?

You decide how the story goes next!

This interactive story about moving during holidays is now yours to tell. Go visit the Let’s Get Moving Facebook page and express your vote regarding the desired continuation of part 1 of the story!

10 Questions You MUST Ask Before Hiring a Moving Company

Moving at Christmas Time: The Good & The Bad

How to Organize Your Holiday Decorations for Storage 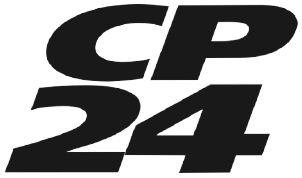 Looking for a job?

We're currently looking for professional full-time MOVERS and DRIVERS for our company and for the right candidates. There are many possibilities of growth within our rapidly growing business